How To Make Your Own Tron Costume - Made Easy 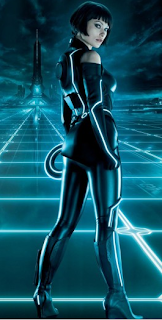 As the Tron Legacy movie is fast approaching, people are getting more and more excited about the movie. As excitement builds, so do people’s idea about making their own DIY Tron costumes, for the next party that deserves such a costume. The first thing to figure out, is how they can make this costume glow just like the movie. One thing to note, these are not special effects, there actually is a product that will allow your costume to glow and available at a price everyone can afford. Soon after the announcement of Tron, EL Wire has made headlines in many places, as this technology is allowing others to make their very own glowing clothing. People wanting to make these oufits on their own prior to finding this out, figured that such a task was nearly impossible, having to spend 100’s of dollars on their own costume. Would you get excited if you could make your own Glow in the Dark Tron costume for less than $75? I figured anyone would!

In the movie, Tron Legacy, they use special EL Tape, to provide the glowing panels and circles that you see on their outfits. These do happen to glow on their own as no special effects were required to make their costumes look like this. If you are just starting to make your costume, you have to ask yourself the level of authenticity you want to have. If you wanted the real deal, I would suggest making your entire costume out of EL Panels. This will allow you to cut and wear your costume, just like the real thing. If you wanted a loose translation of the costume, and mainly wanted it to glow, a great idea is to use EL Wire. EL Wire is far more accessible, will come in more colors, and is easier to attach to fabrics.

EL Wire is a thin copper wire, that is wrapped in colored plastic, which allows it to glow in a variety of colors. It is available in a wire that looks just like speaker wire, or you can even get it to have a wing on the end of it, which is great for sewing into fabrics. Whichever way you choose, you are in for a treat when you see your costume light up at night. Just use a fabric glue such as GOOP or other clear glue and start sewing or gluing. Good luck!
- December 13, 2010